More to be announced later.

First licensed in 1963. After 16 years in the electronics industry, he came to ARRL HQ in 1986.He has been with ARRL HQ for over 13 years. He started as ARRL’s “Product Review” test engineer, moved on to becoming ARRL’s “RFI guru” (notice his call!) and he now holds the position of Laboratory Supervisor.

Over the years he has written quite a number of RFI articles, ranging from articles for QST and the “ARRL Handbook” to articles that have appeared in professional trade journals. He is also one of the editors and authors of the ARRL “RFI Book” and the author of the ARRL’s book on RF exposure, “RF Exposure and You.”

He is very active in several RFI programs at ARRL, holding membership on the Society of Automotive Engineers EMC Committee, the IEEE C.63 Committee and IEEE Standards Coordinating Committee 28, representing ARRL and the interests of Amateur Radio in developing standards for the immunity of consumer equipment and motor vehicles and standards for RF exposure. 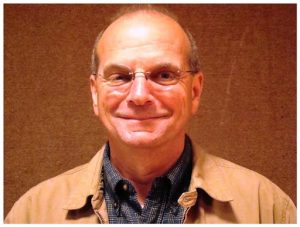 In 1998 Hollingsworth became Special Counsel with the new Enforcement Bureau and re-started the Amateur Radio Service enforcement program.  He also managed the interference resolution programs in the Land Mobile and Public Safety services.

Prior to his joining the Enforcement Bureau, Hollingsworth was Deputy Chief of Licensing, Assistant Bureau Chief of the Wireless Telecommunications Bureau and legal adviser to the Compliance and Information Bureau (formerly the Field Operations Bureau).

Hollingworth managed the FCC 800 MHz Lottery Task Force in which new 800 MHz spectrum was assigned in 13 cities.  He organized the FCC’s program in which underutilized radio channels were recovered for reassignment in major cities.

He participated as a Member of the Delegation from the U.S. State Department to Bucharest, Romania  to discuss radio licensing in the United States and opening foreign markets to American manufacturers.  He also acted as Co-Chairman for the FCC PCS Broadband and Narrowband Licensing Task Force  and for that  received a Vice President Gore “Hammer Award” for efficiency in government.

He is a member of the Quarter Century Wireless and FISTS CW associations and has been an Amateur since 1960.  His call sign is K4ZDH and he lives in Gettysburg, PA with his wife Pat, who actually thinks the radio tower in the backyard is really cool– and in fact helped him build it! 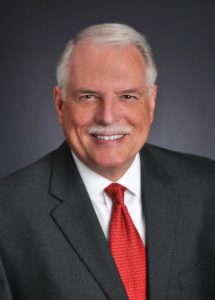 Rick lives north of Little Rock, Arkansas on a 50 acre hilltop QTH. He’s been a ham for 50 years and is a Life Member of the ARRL.

Rick has held numerous ARRL volunteer positions continuously for all of those 50 years. He has been on the ARRL Board of Directors for 24 years and currently serves as President. He has served on all standing committees of the ARRL Board of Directors and served on numerous other committees and task forces of the Board over the years. He also served on the DX Advisory Committee and was chairman for many years. He was instrumental in the creation and implementation of Logbook of the World and the DXCC Challenge Award.

Rick has held numerous HF and VHF/UHF operating and achievements awards. Rick is an avid DXer with 370 countries worked, including 320 countries on 160 meters, 352 countries on 80 meters, 353 countries on 40 meters, some of the top standings in the world. He holds DXCC on 10 bands and is ranked 7th in the world on the DXCC Challenge Award. He holds over 10 different Worked All Zones Awards, and was one of the first to achieve Worked All Zones on 160 meters. On VHF/UHF, he’s held many operating and achievement records, including the world distance record for QSO’s on 2 meters meteor scatter and 222 MHz tropo. He was one of the first to work all continental 48 states on 2 meters without the use of moon bounce, 47 states in one year. He is second in the world on 6 meters VUCC and first in the world on VUCC for 2 meters, 222 MHz, 432 MHz, and 1296 MHz for non-EME. He received the Fred Fish Memorial Award #3 for having worked all grid squares in the United States on 6 meters.

Rick graduated from the University of Arkansas with a B.S. degree in Mathematics, an M.S. degree in Operations Management, and a J.D. in law degree. After working 20 years in business, he entered private practice with an emphasis in labor and employment law, and is Managing Partner of a law firm with three locations in Arkansas. He and his wife, Holly, have two grown children. Holly is well known for her active part in representing Amateur Radio and the ARRL wherever they go.

More to be announced later.